From the corner of my grandmother's kitchen (Advent Calendar: Holiday Foods) 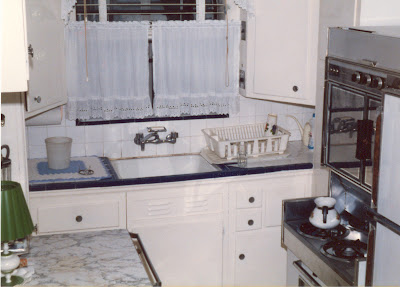 Images of my grandmother's kitchen work like a slideshow timeline in my memory. I remember as a young girl sitting in the corner at the table in her tiny kitchen while she, aproned and always beautifully dressed, worked busily to prepare a meal for visiting family members (including me). Gramma worked miracles in that tiny kitchen which was hardly bigger than the closet in my bedroom today. In later years, she moved to a newer home and a larger kitchen - and more family. What a joy to bring my own children to my grandmother's home to enjoy her warm hospitality and delicious concoctions.

I was well into adulthood when I made a realization: the foods that I thought were just Gramma's specialties were not just her own. She was a Hungarian chef - and her menu could be found in many other Hungarian homes. Imagine my surprise when I picked up a Hungarian cookbook for the first time and found Gramma's cucumber salad, stuffed cabbage, cottage-cheese-filled crepes, apricot-jelly-filled crepes, apple pie and apricot-jelly-filled Christmas Cakes. There they were going by names such as uborka salatá, töltött káposzta, palacsinták, almás pite and kifli! (In that particular order, in case you're wondering.) I had always thought that they were Gramma's distinctive menu - now I knew that her dishes had a much longer history and a much wider appreciation than only our extended family. 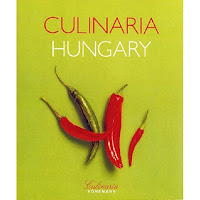 Since my amazing culinary discovery, I've enjoyed a couple of Hungarian cookbooks in particular. Earlier when discussing szaloncukor, I mentioned Anikó Gergely's Culinaria Hungary. It is a wonderful resource for recipes, culture, traditions and all things Hungarian. According to Gergely, a Hungarian Christmas celebration would not be complete without borleves (wine soup), rántott ponty (breaded fillets of carp) or halászlé (fish soup), mákos guba mézzel (poppy seed pudding with honey), karácsonyi pulykasült (Christmas turkey), or roast pig or töltött káposzta (stuffed cabbage), párolt alma (stewed apples) and diós és mákos bejgli (poppy seed and nut rolls). I'm personally not familiar with all of these dishes, but they sound delicious. 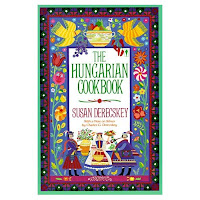 Another good book for Hungarian recipes is Susan Derecskey's The Hungarian Cookbook. Derecskey did a wonderful job converting the traditional recipes of Hungarian grandmothers into forms that modern day American cooks can easily use in their kitchens. Perhaps the best part of the book is her substitution of hard-to-find Hungarian ingredients with items that are more readily available in America. Although The Hungarian Cookbook does not have a Christmas section, many of the recipes found in it are traditional foods that are often found within Hungarian holiday feasts.

I guess it is never too early to begin planning a Christmas feast, especially if you decide to try creating some new dishes.

I'm getting hungry just thinking about it...

...and wishing I was that little girl again sitting in the corner of my grandmother's kitchen.

This article is part of a series written in celebration of the Advent and Christmas seasons. It will be included as part of the GeneaBloggers Advent Calendar of Christmas Memories 2009 Day 2: Holiday Foods. Make a visit to Thomas MacEntee's GeneaBloggers website for some additional inspiration to get yourself in the holiday spirit!