It's that time of year again...

...time for the 3rd annual Academy of Genealogy and Family History iGene Awards at Jasia's Carnival of Genealogy! As the author of 100 Years in America I have chosen some of my favorites from the blog articles published here over the past year and awarded them "prizes" in various categories.

A selection of 100 Years in America's "best of 2009" would not be complete without a mention of the newest little addition to our family.  He is my constant companion this year (24 hours a day) and could easily be selected for "Best Photograph" or "Best Biography" - he's quite a handsome and talented little fellow.  However, since this blog is primarily about my ancestors and not my descendants, he won't qualify here.  You can, however, read about his arrival at:


Announcing the smallest leaf on my family tree... 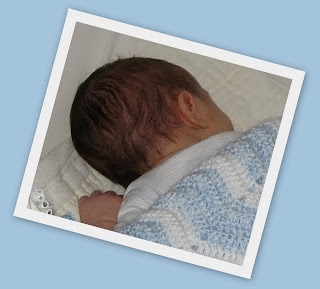 Now, without any further delay, are the 100 Years in America iGene Awards for best articles of 2009.
(Drumroll, please...)
Best Picture Award
Best old family photo that appeared on this blog
I wish I'd been invited to this wedding... 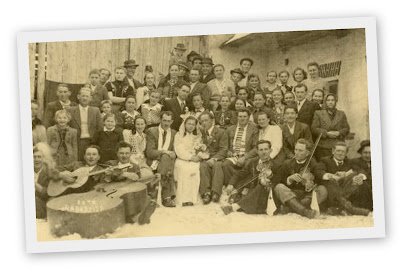 "Oh, what a picture! Thanks for sharing it!" ~ Jutka, The Long Journey to Home and Vonmetz
"It sure looks like a great time to me! I wish I had been invited..." ~ Taylortales Genealogy


This treasure of a photograph resided in my great-grandmother's collection.  Presumably a group photograph taken of the wedding of one of my distant cousins, it is a visual reminder to me of the connection my branch of the family has to its roots in Hungary and Croatia.  When I look at this photo I can just imagine the sounds of those native languages in the midst of the lively wedding celebration.
Best Screen Play
The family story that would make the best movie
Ferencz Ujlaki and the trip he didn't take: Part 1,
Ferencz Ujlaki and the trip he didn't take: Part 2 and
In search of Stefan/Stephanus/Stjepan S.
“This is a fascinating research story about trying to find out exactly when Lisa’s great-grandfather came to America. Donna found the answer after Lisa’s post - see her comment! Well done by a group collaborating with each other!” ~ Randy Seaver, Genea-Musings, Best of the Genea-Blogs February 1-7, 2009
"What an interesting story!" ~ Cheryl Fleming Palmer, Heritage Happens
"Such a story in my family would have been the stuff that legends are made out of... I can honestly say I've never seen a 'not on board' before." ~ Donna Pointkouski, What's Past is Prologue
I was thrilled to discover the 1906 ship manifest listing my great-grandfather's name thanks to the help of a fellow genealogist.  A closer look at the document, however, revealed some information that I wasn't expecting.  Read my series of articles about my great-grandfather Ferencz Ujlaki's journey to America to learn more about the mystery of his time as a "passenger" on the S.S. Kroonland and to gain some tips for researching your own immigrant ancestors.  (Thanks to Jennifer Trahan of Jennifer's Genealogy Blog and Donna Pointkouski of What's Past is Prologue for their help in this search for records relating to my great-grandfather's trip to America.)
Best Documentary
The best informational article about a place, thing, or event involving my family's history
Ilona's emigration: The one hundred year anniversary and
America at last! Ilona's arrival at Ellis Island, 1909
"A beautifully written and eye opening article, Lisa. Terrific!" ~ Jasia, Creative Gene
"...moving and well written... I think many Americans do not realize what an ordeal their ancestors endured when they crossed the oceans to this country." ~ Bill West, West in New England
"An amazing post!! Very well written!! Your Great Grandmother's experiences would make a great book-so interesting. What a strong woman she was to make the trip-and hope for a better future for her son." ~ Tipper, Blind Pig and The Acorn
"Lisa, how I love to read your work!  You make me feel so guilty for ever complaining when our ancestors had such a difficult life and rarely complained." ~ footnoteMaven


It was only fitting that a blog entitled 100 Years in America would commemorate the 100th anniversaries of the emigration (departure from Hungary) and immigration (arrival in the United States) of the author's great-grandmother in a special way.  This two-part series, each one posted on the respective anniversary date, tells the story of the journey of 24-year-old Ilona (Bence) Ujlaki and her young son, Ferencz.  It is a tale with elements shared by many an early 20th-century American immigrant woman: the "good-bye" to homeland and family; the journey by train and ship; and the arrival in the new country.  Ilona's journey, however, had additional trials, including the hospitalization of her son at Ellis Island.  Read this series to get a glimpse into Ilona's story and to learn more about the experiences of many other women who arrived in America a century ago.
Best Biography
The best biographical article
István Tóth: The elusive "John Smith" of my Hungarian family tree


"Thank you for sharing your brick wall - it's an interesting mystery.  You with your Toth Istvan and me with my Lizzie Smith - the curse of common names." ~ Greta Koehl, Greta's Genealogy


It is ironic that I would choose an article about the great-grandparent that I know the least about for this "biography" award, but the story of István/Steven Tóth as I know it is one of interesting twists and turns, even though I have much more to learn about his life.  Born in Mezőkeresztes, Hungary in 1874, he later immigrated to America, moving his family to New Jersey and then to Massachusetts. He disappears from the family several times according to records I've found, making a final departure sometime during the 1920s, it seems.  Much of my great-grandfather's life story is a mystery to me.  Sadly, I never had the chance to meet him and have not even been able to learn the details of his death, yet I have been able to put together a chronology of the early part of his life that I hope will help me to eventually learn the rest of his story.
Special Mention
One more item of note
100 Years in America the Beautiful


"What a wonderful piece you have written!" ~ Jean Duncan, Forget Me Knots
"Genea-smacked by your love song...what a great work of heart." ~ Randy Seaver, Genea-Musings
This is my own family's story written as a parody of Katharine Lee Bates' famous song America the Beautiful.  The stories of my ancestors inspire me often.  In this case, I felt moved to put the story of my family tree into song in response to a challenge by Bill West of West in New England. I hope you'll enjoy reading my version of the song, and that you might try singing along!
Written by Lisa / Smallest Leaf