Exactly one hundred years ago today a twenty-four-year-old young mother and her two-year-old son boarded the S.S. Carmania in the port of Fiume, Hungary (now Rijeka, Croatia).
A segment of the S.S. Carmania list of passengers departing Fiume, Hungary on February 13, 1909
Bound for New York City, where her husband was sowing seeds for their new life after his own immigration in 1906, Ilona and young Ferencz would have a difficult seventeen-day sea voyage which culminated with their detainment at Ellis Island's hospital.


It must have been a tearful goodbye that she waved to her country after stepping onto the ship in the port of Fiume. No doubt she was troubled with concerns for her little one's safety as she left the family and country that she knew and began the trip across the Atlantic.

Below is a photograph of the little train station in Ilona's home village of Legrad where she may have said her last goodbyes to her family before her departure. 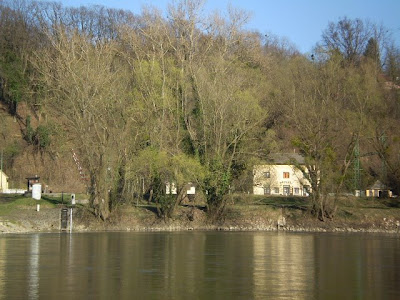 One hundred years later, Ilona's descendants are well-established in the United States. With over one hundred children, grandchildren, great-grandchildren and more living in cities from coast to coast, she could not have known what impact she and her husband's decision to emigrate would have on the generations to follow.

On this one hundred year anniversary of Ilona's emigration, 100 Years in America honors Ilona (Bence) Ujlaki for the courage she exhibited throughout her life and for the love she had for her family that stills reverberates today. 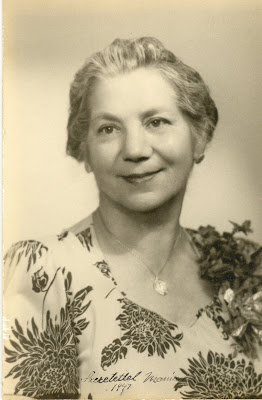 Thank you, dear Grammy, for the inspiration of your life. You are loved and remembered fondly.

For more on Ilona's immigration to the United States and a glimpse into the journeys of other immigrant women who traveled as she did, see America at last! Ilona's arrival at Ellis Island, 1909.