Sisterly love: the Ujlaky family in 1936

The Ujlaky girls were growing up, getting married and bringing grandchildren into the family starting in the late 1920's. These photos show Helen Ujlaky (formerly known as Ilona) posing with her four daughters and two granddaughters outside of she and her husband's South Beach home in Staten Island in 1936. 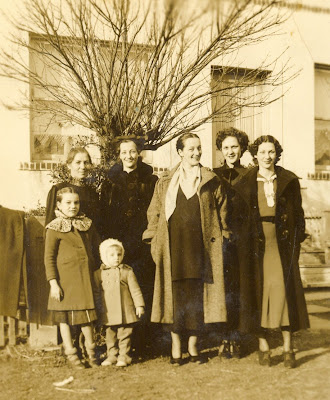 The one subject that I haven't yet identified is the fine automobile at the right in the photograph below. 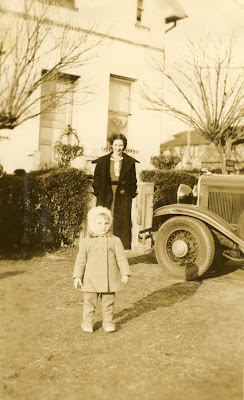 Was it an Ford of the early 1930's as I suspect? If so, was it a car or could it actually be a truck since all we can view is the front end? I understand that Frank Ujlaky never owned a car himself (at least not for longer than a day). Was this the vehicle of one of his married daughters and her husband?

Identified or not, I enjoyed seeing the picture of this vehicle posing along with the Ujlaky girls back in the '30s.

For more vintage automobile photos and stories see The love of fine cars: it's in the genes and A ring, yellow roses & a Flying Cloud or visit the 45th edition of the Carnival of Genealogy whose theme is Cars as stars!
Written by Lisa / Smallest Leaf