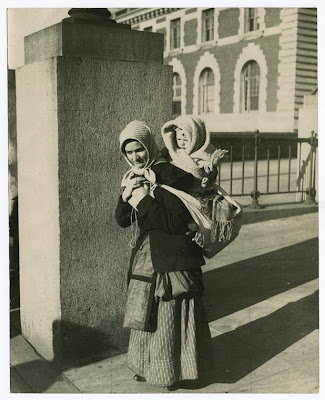 My great-grandparents Frank & Helen Ujlaky (formerly Ferencz & Ilona Ujlaki) were one of many immigrants from the Hungarian empire to make New York City their new home. The image above from the New York Public Library Digital Image Gallery shows one such Hungarian woman and her child.

According to Konrad Bercovici in his 1924 book Around the World in New York, about 2 million Hungarian immigrants arrived in New York between the years of 1870 and 1920. Most of them ended up settling on the Lower East Side of Manhattan, along with other new arrivals from many cultures and backgrounds. Bercovici, discussing the various immigrant nationalities populating this area along the East River close to the southern tip of Manhattan, made some interesting observations about Hungarian immigrants and their homes. His description of the Hungarians was written only a few years after our Ujlaky family had left the Lower East Side for their new home in Staten Island.

“The houses of the Hungarian district in New York are more or less of the modern tenement type... It is within that the homes are different from the houses of the people of other nationalities... It is in the kitchens of these houses, spick and span, one can notice the differences of national character. Love of good food, spicy and tasty, is one of the characteristics of the Hungarians.” 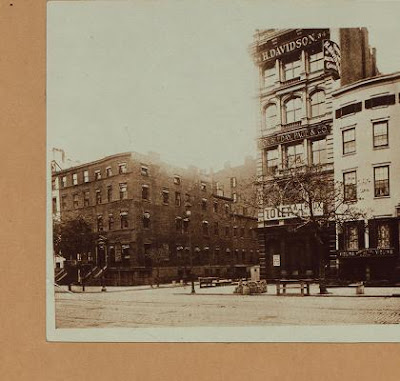 I'd like to be able to see inside the home where the Ujlaky family lived in their early years here in the United States at 431 E. 16th Street. As far as I have been able to learn, the tenements that were located on E. 16th Street where they lived are now long gone. Images of the street are available but what I really would like to see is inside their home - mostly their kitchen, where I'm sure many of their daily hours were spent.
We do have a photo of one resident item of that kitchen. This dough board was made by Frank for his wife Helen early in the 20th century. Helen used it for many years, then her daughter Mitzi did the same. If only we could step back in time and taste the good things that had their start on this well-loved dough board. 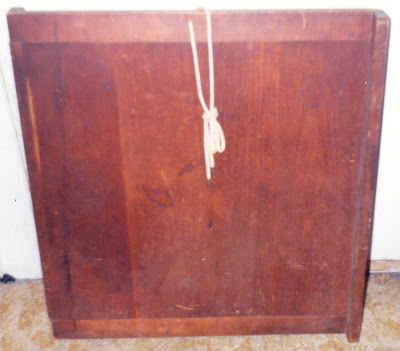