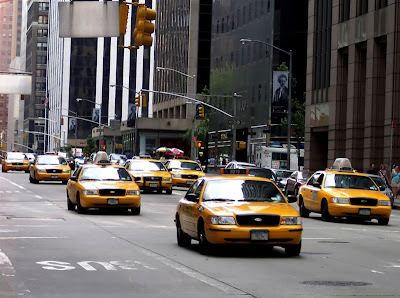 On this day in 1907, 100 years ago to be exact, the first motorized taxicab took fares in New York City. Chances are that Ferencz Ujlaki, a new immigrant the year before, probably never saw this first taxi or the other 65 that serviced the streets of New York City that year. But by 1923 (the year after he became a U.S. citizen) there were already 15,000 taxis serving New York City. I'm sure he was well aware of them by that time.

A little more New York City taxi trivia for you on this historic date in taxicab history:

Are you one of the millions of customers that has taken a NYC cab lately?