I have often asked the same question since I can't seem to rest for long on Christmas Eve. It may have started when, as a child, I spent hours gazing out my bedroom window at the beautiful Christmas candles that our family lit outdoors each year on Christmas Eve. It may just have been the magic of the evening - the wonder of the Holy Child's birth surrounded by the joy and excitement of sharing Christmas Day with family.


On this night there must be heat and light, represented by the ritual candle and as no other light may appear before the ceremonial candle is lit, the domaćin [head of the household]lights it before dark has fallen, accompanied by traditional phrases and verses, varying from region to region. Some of these still remain and are carefully nurtured not only by peasant families, but by specialists - folklorists who travel from village to village, recording and codifying folk culture for future generations. The custom of the Yule Log or panj existed in pre-recorded times in all of southern Europe - Spain, Portugal, France, Croatia, all former regions of the Holy Roman Empire or lands adjacent to it. Northern Slavs from Poland, the Ukraine, the Carpathians did not adopt the practice, but just as there are remnants of the Roman connection in the Istrian word for Christmas (vilija), so the Croatians as they settled in southern lands accepted the Badnjak, the Yule Log. 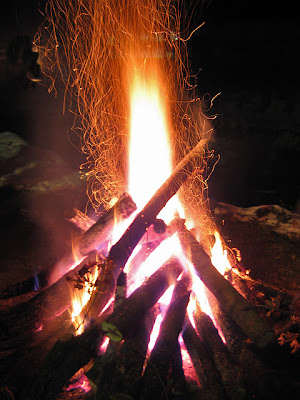 This article is part of a series written in celebration of the Advent and Christmas seasons. It is included this year as part of the GeneaBloggers Advent Calendar of Christmas Memories 2009 Day 24: Christmas Eve. Make a visit to Thomas MacEntee's GeneaBloggers website for some additional inspiration to get yourself in the holiday spirit!