Snapshots of the world back in 1908

After reminiscing about my own Croatian/Hungarian ancestors' lives one-hundred years ago I wrote the post: Where was your family in 1908?

I've enjoyed the entertaining look at a cross-section of our world back in 1908 via the posts that many of you family historians have written in response to my question. Just for fun, I thought I would include them all here so that those of you who are interested could more easily step back in time one-hundred years ago along with all of us.

Here, thanks to the proud descendants of those that lived one-hundred years ago, is an album of snapshots of the year 1908. Enjoy your trip back in time... 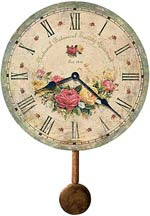 If you'd like to first put the times into historical perspective, a good place to visit is Miriam Midkiff's AnceStories: The Stories of My Ancestories. Her post, entitled Where Was Your Family in 1908, is less about her own family and more about the major news highlights of the year. Miriam shares an overview of the year using a family history timeline journal that she recommends. She also shares a link to a site that can help take us back to the year 1908.

Like my Ujlaki family's, Stephen Danko's roots (well-documented on Steve’s Genealogy Blog) were not fully in the United States one-hundred years ago. Steve had only one of his grandparents living in the United States one-hundred years ago, although all would immigrate to the country within the next several years. In his post The Year was 1908 Steve introduces us to his grandparents from Galicia, Polish Russia and Lithuania. 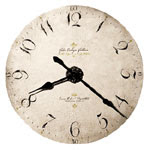 Like Steve, Jasia of Creative Gene also found many of her family members living in what is now Poland back in 1908. Jasia placed her ancestors’ lives very nicely into historical context with her descriptions of the struggles of the Polish people one-hundred years ago. Her posts Snapshot 1908, Galician Partition of Poland and Snapshot 1908, Russian Partition of Poland give us a clear understanding of the reasons many of the Polish people had for considering emigration. Jasia’s posts include some nice family portraits and also a couple of historical videos of the villages where her grandparents lived. We also receive a nice glimpse back into the lives of the other side of Jasia’s family via her post Snapshot 1908, Detroit. Here Jasia details the lives of family members who had already immigrated to the United States and made their home in the motor city one-hundred years ago.

For the story of immigrants from another part of Europe, read the post I've written about one branch of my family, the Tierneys, at A Light That Shines Again. In my post entitled A remembrance: the Tierney family of Quincy, 1908, you can read about the path from poor Irish immigrant family in Boston's North End to thriving shipbuilding family in Quincy just decades later.

Speaking of Massachusetts, Bill West of West in New England gives us an overview of his family in 1908 at his post Where were they in 1908. Bill's family was in Massachusetts and Maine and possibly Ireland. Looks like he might need a little help from the Carnival of Irish Heritage & Culture's Irish Research edition. Here's hoping he can "get back to Ireland" this year...

Barbara Joly at Our Carroll Family Genealogy writes about her Irish Pennsylvania ancestors in her post Where was your family in 1908 ? Barbara shares some nice photos of some of her family members, including one of her great-grandfathers, a railroader born in Schuylkill County, Pennsylvania who was said to have a gift for playing the organ. 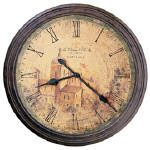 Thomas MacEntee of Destination: Austin Family found all of his family living in New York in 1908, including a great-grandfather who had his visits to his grandmother written up in the local newspaper. Read his post My Ancestors in 1908 to learn more about Thomas' Manhattan, Bronx, Ulster County and Orange County, New York ancestors.

Apple of Apple’s Tree found it surprising how little she had written about her ancestors who lived during 1908. In the process of writing her post Where Were They 100 Years Ago? she searched for and found info about her Michigan, Indiana, New York and Ontario grandparents, great-grandparents and great-great-grandparents.

The Oracle of OMcHodoy's My Ancestors in 1908 is the place to find Colleen's Pennsylvania and Kansas ancestors one-hundred years ago. She describes the lives of each of her eight great-grandparents in that year and includes some very nice family portraits.

David of Oakville Black Walnut entitled his post simply 1908. David's post about about his Missouri family with German heritage "wins the prize" for the most neatly written list of ancestors living one-hundred years ago. And what a list it is!

Untangling her family's roots in the year 1908, Amy Crooks describes the whereabouts of her ancestors living in the west, including some Native Americans in Indian Territory (Oklahoma) and "a wild bunch" of farmers who had run-ins with the law. Read more at Amy's Where were your ancestors 100 years ago, 1908? and More of our families 100 years of history.

All My Ancestors displays a great family photo (house and all) in Oklahoma back one-hundred years ago. Along with the family photo is a blurb from the local newspaper bemoaning the health of one of the family members. View this hardy Oklahoma family and read the post at Where were they in 1908?

The Transylvania Dutchman John Newmark wrote his post Where was my family in 1908? Included among his relatives in Transylvania, Texas, St. Louis and other places is a set of great-great-grandparents who spent the year "traveling the world" it seems. John takes us on a tour of their travels from continent to continent and back again.

Jessica Oswalt's post 1908: Where Were My Ancestors? gives us an introduction to the places where her family was living in the year 1908. She includes mentions of her ancestors in England and those that had immigrated to the U.S. and were living in Michigan and Ohio.

Lori Thornton at Smoky Mountain Family Historian found all of her family already living in Monroe County, Mississippi in the year 1908, with the exception of one who was the sheriff in another county. Read her family's overview at Monroe & Itawamba County Mississippi 1908.

Lee Anders wins the award for the most mathematically inclined post in this series with Five Score Years Ago. Along with doing the math to get her title, she did some more calculations and determined just exactly how many known living relatives she and her husband had in that year. She decided not to write about all of them (there are more than 200), but gives us a glimpse into the lives of a few who lived in North Carolina and Virginia. 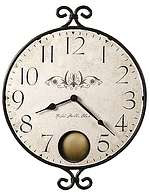 Craig Manson at Geneablogie shares the whereabouts of his Texas, Louisiana and Missouri ancestors in his post Where Was Your Family in 1908? Included in Craig's family that year was his 98-year-old great-great-grandfather in Texas who had lived through the suffering of slavery, another great-great-grandmother who lived in Louisiana not far from where she had been held in slavery, and a great-grandfather who was a Baptist preacher in Kansas City.

At Kinexxions Becky wrote about her Midwestern Indiana farming ancestors in Where Was My Family in 1908? I wish I had a few Swiss ancestors as Becky does so that I could have one more good reason to visit the beautiful land of the Alps.

Randy Seaver of Genea-Musings not only gives a detailed listing of his family members' residences in 1908 but also gives us a visual look back at many of those homes. His post Where were my ancestors in 1908? also provides some historical perspective of the times with a link to his listing of some facts about life one year earlier in 1907.

Like many of us, What's Past is Prologue's Donna Pointkouski found herself organizing a "mess of paper" to answer the question of her ancestors' whereabouts one-hundred years ago. Her post 1908: Where was your family? tells the stories of her German and Polish family members living in Philadelphia. I enjoyed Donna's closing words. They nicely put into perspective the fleeting lives of our ancestors and the short one-hundred years that separates us from some of them.

In taking this look back a century past, I hope that you have found (as I have) a new inspiration and strength for your own life today in 2008, one-hundred years later.

Now we are left to wonder: Where will our families be in the year 2108 - one-hundred years from now?

If I've missed your post describing your own family's whereabouts in 1908, please let me know so that I can include it in this "album of snapshots". I'll take submissions at any time until the stroke of midnight on December 31, 2008, so if you haven't written yours yet, go right ahead!

Images of the antique clocks thanks to the Clock Depot.
Written by Lisa / Smallest Leaf